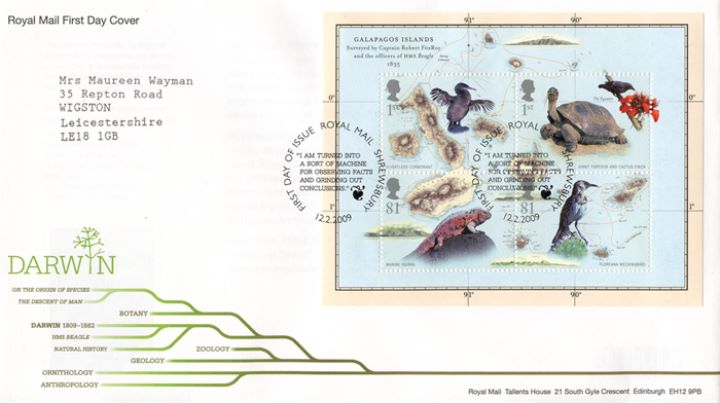 The above Royal Mail Charles Darwin: Miniature Sheet stamps were issued on 12 February 2009 by Royal Mail and feature the following stamp designs: 1st Flightless Cormorant; 1st Giant Tortoise and Cactus Finch; 81p Marine Iguana; 81p Floreana Mockingbird. The Darwin's Tree of Life first day cover with the Shrewsbury, First Day of Issue - "I am turned into a sort of machine....", Special Handstamp postmark has been produced by Royal Mail/Post Office and features these stamps which can make a very collectible and lovely gift.