Pioneers of the Industrial Revolution Stamps 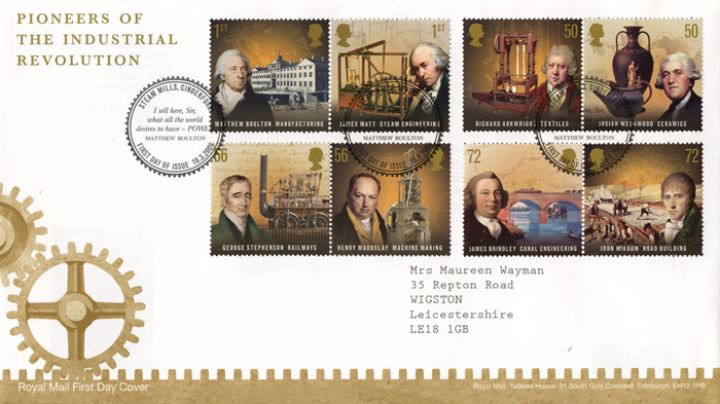 The above Royal Mail Pioneers of the Industrial Revolution stamps were issued on 10 March 2009 by Royal Mail and feature the following stamp designs: 1st Matthew Boulton; 1st James Watt; 50p Richard Arkwright; 50p Josiah Wedgwood; ; 56p George Stephenson; 56p Henry Maudslay; 72p James Brindley; 72p John McAdam. The Rack and pinion first day cover with the Cinderford, I see here, Sir what all the world desires to have - POWER, Special Handstamp postmark has been produced by Royal Mail/Post Office and features these stamps which can make a very collectible and lovely gift.