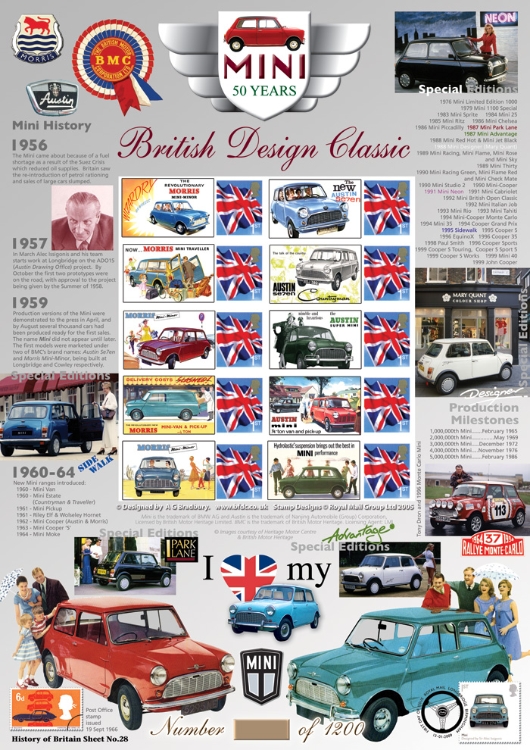 The Mini came about because of a fuel shortage as a result of the Suez Crisis which reduced oil supplies. Britain saw the re-introduction of petrol rationing and sales of large cars slumped.

In March 1957 Alec Issigonis and his team starts work at Longbridge on the ADO15 (Austin Drawing Office) project. By October the first two prototypes were on the road, with approval to the project being given by the Summer of 1958.

Production versions of the Mini were demonstrated to the press in April 1959, and by August several thousand cars had been produced ready for the first sales. The name Mini did not appear until later. The first models were marketed under two of BMC s brand names: Austin Se7en and Morris Mini-Minor, being built at Longbridge and Cowley respectively.

This sheet marks the 50th anniversary of the mini appearing in the car showrooms.