21.04.2009 | Coronation Procession of Elizabeth I, Postmarked at London 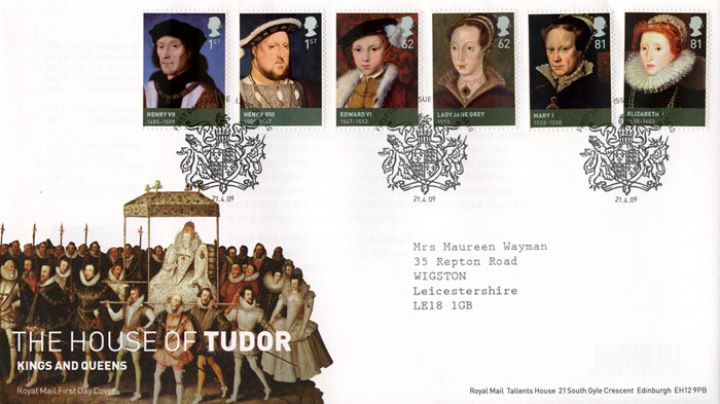 Click on image for larger view
Add To Wishlist BUY NOW   £30
Why not take a look at other items on a similar theme?

The above Royal Mail The Tudors stamps were issued on 21 April 2009 by Royal Mail and feature the following stamp designs: 1st Henry VII; 1st Henry VIII; 62p Edward VI; 62p Lady Jane Grey; 81p Mary I; 81p Elizabeth I. The Coronation Procession of Elizabeth I first day cover with the London, Coat of Arms, Special Handstamp postmark has been produced by Royal Mail/Post Office and features these stamps which can make a very collectible and lovely gift.

Please DO NOT purchase the Organiser until you have thoroughly tested the free 28 day trial version. Any items you have recorded on the trial version will get included in the full version should wish to continue.