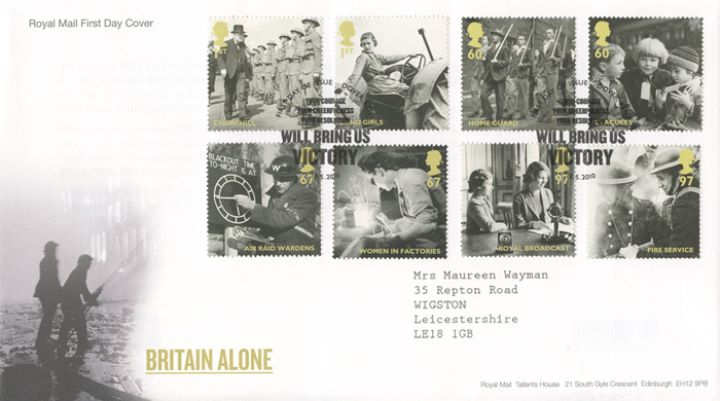 The above Royal Mail Britain Alone stamps were issued on 13 May 2010 by Royal Mail and feature the following stamp designs: 1st Churchill; 1st Land Girls; 60p Home Guard; 60p Evacuees; 67p Air Raid Wardens; 67p Women in Factories; 97p Royal Broadcast; 97p Fire Service. The Firefighters during the Blitz first day cover with the Dover, Your Courage, Your Cheerfulness............., Special Handstamp postmark has been produced by Royal Mail/Post Office and features these stamps which can make a very collectible and lovely gift.