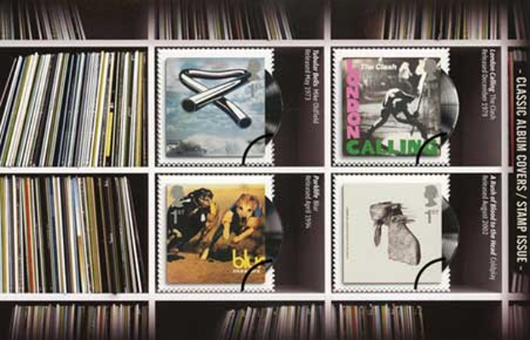 The image above is shown for reference only, and is not for sale.
© Reproduced with the permission of Royal Mail Group Ltd. All rights reserved.
Click on image for larger view
Date:
7th January 2010
Issue:
PSB: Classic Album Covers - Pane 3
Stamp Type:
Prestige Stamp Books
Reference Images:
Prestige Stamp Book - Pane 3 Postmark illustrations
The images on this website (excluding postmark images) are also included on the latest edition of Stamp Organiser, a user friendly computer program for you to record details of your collection of British stamps, first day covers, stamp books, presentation packs and PHQ cards - click here for more details.