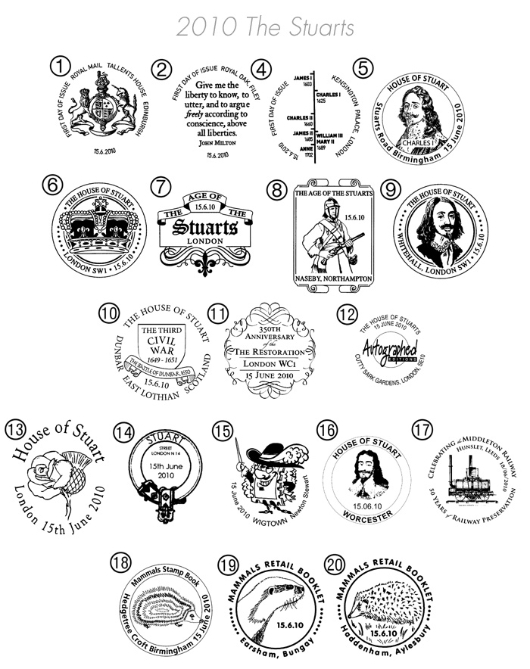 Reference Images:
Miniature Sheet PHQCards (338) Postmark illustrations
The numbers alongside each of the postmark images relates to the entry in the catalogue Collecting British First Day Covers Published each year since 1980, it is regarded as the ‘bible’ by collectors of British FDCs click here for more details.