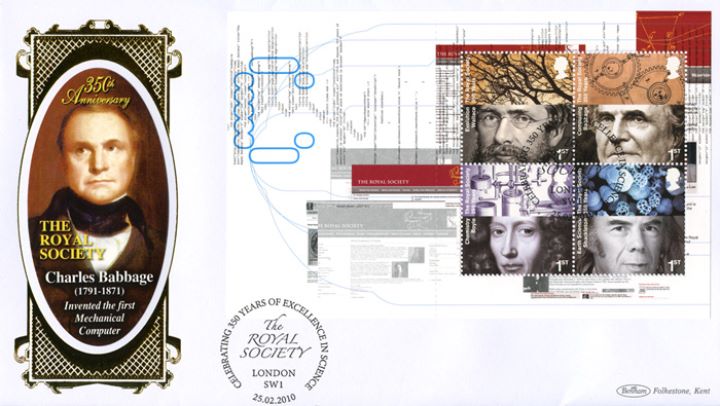 The above Royal Mail PSB: Royal Society - Pane 1 stamps were issued on 25 February 2010 by Royal Mail and feature the following stamp designs: . The Charles Babbage first day cover with the London SW1, 350 Years of Excellence, Special Handstamp postmark has been produced by Benham and features these stamps which can make a very collectible and lovely gift.