The Blitz of London 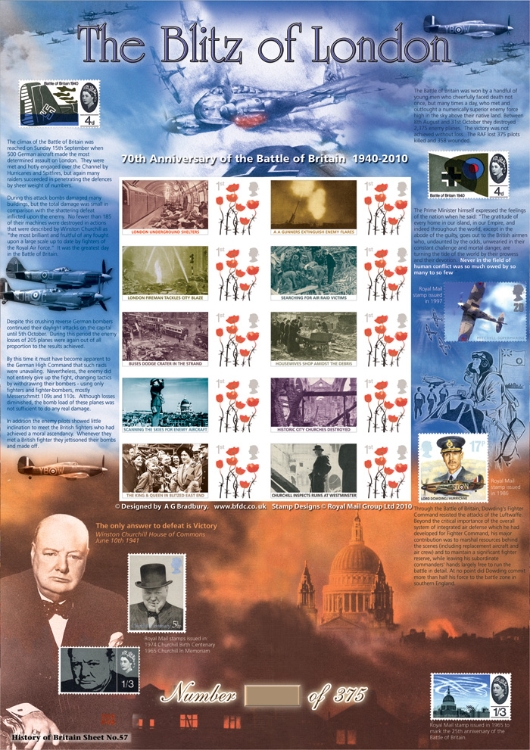 NORMALLY £90 ON OFFER FOR SHORT PERIOD FOR ONLY £39

After the Battle of France, the Battle of Britain began in July 1940. From July to September, the Luftwaffe frontally attacked Royal Air Force Fighter Command to gain air superiority as a prelude to invasion. This involved the bombing of fighter airfields to destroy Fighter Command's ability to combat an invasion. Simultaneous attacks on the aircraft industry were carried out to prevent the British replacing their losses, but these were ineffective; changes introduced by Lord Beaverbrook ramped up the efficiency of fighter production markedly. Machine replacements were arriving at a rate three times higher than German intelligence believed. The pressure on pilot replacements was much more intense, and eventually overcame official reluctance to put experienced pilots from Poland, Czechoslovakia, and other occupied nations in front line combat.

During a raid on Thames Haven, on 24 August, some German aircraft strayed over London and dropped bombs in the east and northeast parts of the city. This prompted the British to mount a retaliatory raid on Berlin the next night with bombs falling in Kreuzberg and Wedding, causing 10 deaths. Hitler was said to be furious, and on 5 September, at the urging of the Luftwaffe high command, he issued a directive "for disruptive attacks on the population and air defences of major British cities, including London, by day and night". The Luftwaffe began day and night attacks on British cities, concentrating on London. This relieved the pressure on the RAF's airfields.

London was not the only city to suffer Luftwaffe bombing during the Blitz. Other important military and industrial centres, such as Belfast, Birmingham, Bristol, Cardiff, Clydebank, Coventry, Exeter, Greenock, Sheffield, Swansea, Liverpool, Hull (the most heavily bombed city outside of London), Manchester, Portsmouth, Plymouth, Nottingham, Brighton, Eastbourne, Sunderland and Southampton, suffered heavy air raids and high numbers of casualties. Adolf Hitler's aim was to destroy British civilian and governmental morale.

Its intended goal of demoralizing the British into surrender unachieved, the Blitz did little to facilitate potential German invasion. By May 1941, the imminent threat of an invasion of Britain had passed and Hitler's attention was focused on the east. While the Germans never again managed to bomb Britain on such a large scale, they carried out smaller attacks throughout the war. In 1944, the development of pilotless V-1 flying bombs and V-2 rockets briefly enabled Germany to again attack London with weapons launched from the European continent.

This sheet is limited to just 375.