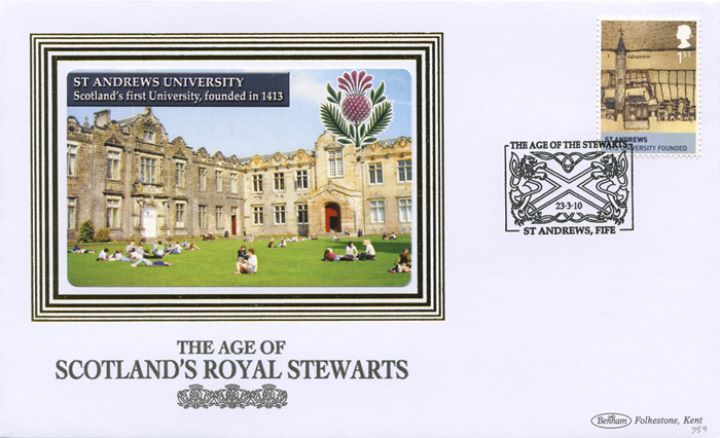 The above Royal Mail The Stewarts: Miniature Sheet stamps were issued on 23 March 2010 by Royal Mail and feature the following stamp designs: 1st St Andrews University; 1st College of Surgeons; 81p Court of Session; 81p John Knox. The St Andrew's University first day cover with the St. Andrews, Scottish lions and flag, Special Handstamp postmark has been produced by Benham and features these stamps which can make a very collectible and lovely gift.