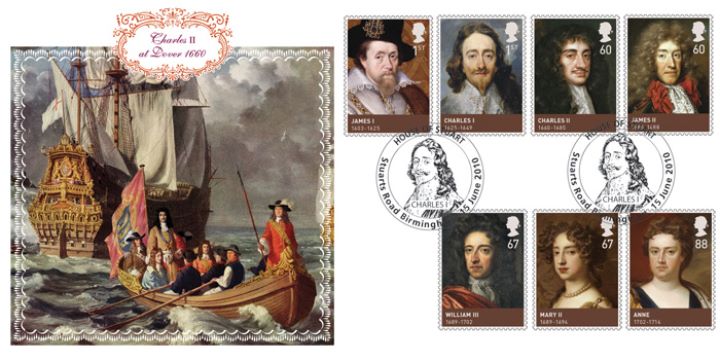 The above Royal Mail The Stuarts stamps were issued on 15 June 2010 by Royal Mail and feature the following stamp designs: 1st James I; 1st CharlesI; 60p Charles II; 60p James II; 67p William III; 67p Mary II; 88p Anne. The Charles II arrives at Dover first day cover with the Birmingham, Charles I, Special Handstamp postmark has been produced by Bradbury and features these stamps which can make a very collectible and lovely gift.