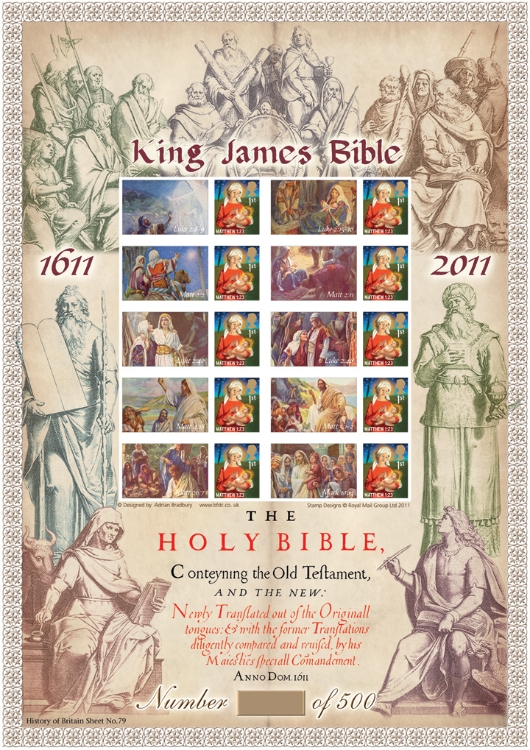 This stamp sheet marks the 400th anniversary of the King James Bible, begun in 1604 and completed in 1611.

First printed by the King's Printer, Robert Barker, this was the third such official translation into English; the first having been the Great Bible commissioned by the Church of England in the reign of King Henry VIII, and the second having been the Bishop's Bible of 1568.

In January 1604, King James I of England convened the Hampton Court Conference where a new English version was conceived in response to the perceived problems of the earlier translations as detected by the Puritans, a faction within the Church of England.

James gave the translators instructions intended to guarantee that the new version would conform to the ecclesiology and reflect the episcopal structure of the Church of England and its beliefs about an ordained clergy. The translation was done by 47 scholars, all of whom were members of the Church of England. In common with most other translations of the period, the New Testament was translated from Greek, the Old Testament was translated from Hebrew text.