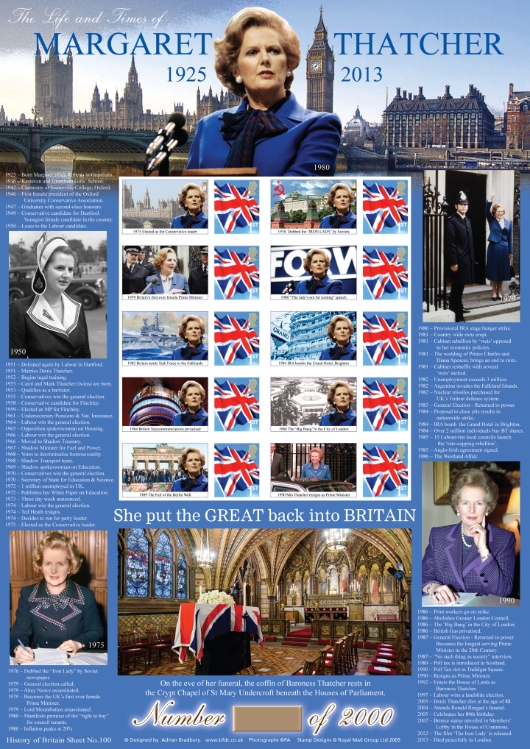 This sheet features the life and times of Baroness Thatcher with stamp labels featuring:

1975 Elected as the Conservative leader
1976 Dubbed the 'Iron Lady' by the Russians
1979 Britain's first ever female Prime Minister
1980 "The lady's not for turning" speech
1982 Britain sends task force to the Falklands
1984 IRA bombs Grand Hotel, Brighton
1984 British Telecommunications privatised
1986 The 'Big Bang' in the City of London
1989 The Fall of the Berlin Wall
1990 Resigns as Prime Minister